In March of 2003, Project Concern International signed a letter of agreement with the Trinational Commission of the Trifinio Plan to contribute to the sustainable and integrated development of communities in the Trifinio Region. Trifinio members profiled community projects in the Trifinio area which had been prioritized by local government officials.  PCI personnel selected several of these areas, including Cuevitas for further investigation and project development.  PCI´s first intervention in the community after the realization of participatory surveys, was training and implementation of the Solar Water Pasteurizers, AquaPak. Other activities have included the organization of a water administration board and community planning sessions for irrigation, agrotourism and potable water projects.

During July of this year PCI signed a letter of agreement with municipal and local governments as well as the Trinational Commission of the Trifinio Plan to implement an economic development project in Cuevitas within the framework of PCI´s USDA IV food security project.

Las Cuevitas is a small community in the northwest corner of the department of Santa Ana in El Salvador. It is home to 35 families who make their living in and around the hydroelectric reservoir, Lake Guija.  During the 6 month dry season, families from Cuevitas cultivate approximately 70 acres of land uncovered by the receding lake. During the rainy season these families sustain themselves with fishing activities.  Both agriculture and fishing products are sold in Guatemala and El Salvador.  The community is bordered by a national wilderness area and the lake.
​ 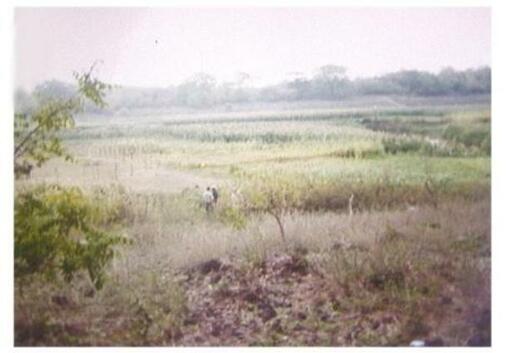 Access to the community from El Salvador is limited to a single road during the dry season. During the rainy season the community is only accessible by boat and on foot. The community does not have access to electricity, potable water or adequate sanitation. Currently community members drink water directly from the lake without any type of treatment.
The community is well organized and has a local governing body named the Community Development Association which is recognized by municipal and national governments. 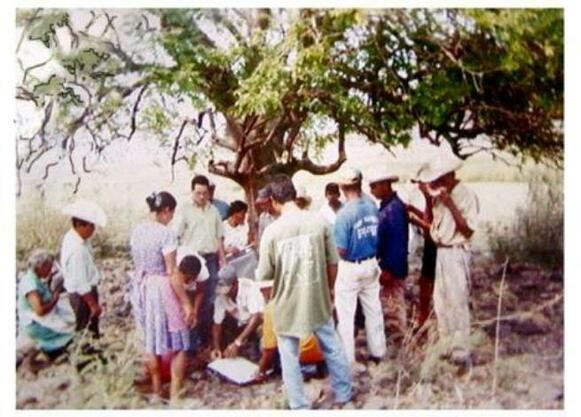 On Tuesday, April 29, 2003 Andrea Lamer facilitated a training session on the use of water filters according to the instructions found on the AquaPak.  PCI distributed all (30) of the water filters to the 26 families, the community school and meeting house.  Extra units were assigned to the health promoter to lend to families with small children suffering with diarrheal disease.

​
>  Monitoring
During subsequent visits to the community, Noel Santamaria has monitored the use of the AquaPak's.  During the first visit he found 24 homes using the AquaPak's.  Two families manifested dissatisfaction with the process because of the time involved in treating the water and/or lack of understanding of the relation between unclean water and illness.